Public surveillance using CCTV cameras tends to be the target of distrust by many people. That's why we have numerous scientists currently working in smart video applications that make public life safer without affecting personal data.

The privacy of individuals is an untouchable value. It is, therefore, our responsibility as a technology company to help make surveillance work for people, not against them. The fact is that security cameras are already a reality, especially in large cities, train stations, and airports. The number of installed camera systems worldwide proves that. So the question is not whether cameras are used, but how. How can we get the best out of technology for all of us? In the U.S. and China, there is already one camera installed for every 7 people. The camera density is above average in Chinese cities. Our challenge is how to make the best out of it for people around the world. We should bear in mind that cameras can do much more than try to identify suspects in order to prevent crime and terrorism. Besides security, there is also a large field of public safety, where smart video technology combined with AI can help make surveillance smarter. Here are some examples where personal information or rights are not affected at all…

IoT cameras, equipped with powerful processors and software for video analysis, can recognize objects and interpret events in their environment just as humans can. Connected to other systems in IoT, they can even react in real-time to events, such as sending messages in case of emergencies or triggering actions on other systems.

In case of an emergency in public spaces or buildings, every minute counts. The detection of fire and smoke by conventional detection systems often takes too long or is limited to single symptoms such as smoke. Video analysis based on IoT cameras can enhance security systems with smart vision. Due to high-resolution video technology and the ability to analyze video data, cameras are able to reliably detect threats and help intervene at a very early stage.

Smart fire and smoke detection is particularly valuable in places that cannot be continuously monitored, such as forests. Here, cameras attached to drones can help systematically monitor large areas. Dedicated camera apps enable cameras to analyze video in real-time and transform data into action, such as communicating with other systems or firefighters. Identifying people through facial recognition is on everyone's lips because it can violate personal rights. In contrast, recognition of human behavior works without individual identity and personal data. For example, if an IoT camera detects a person in a shopping mall or public space suffering a heart attack and falling to the ground, the system can react quickly and call for help. Here too, valuable time can be saved to help people in trouble or even save lives.

Get to know our camera platform:

Security and Safety Things has developed a flexible camera solution, including an Application Store with ready-to-use, smart traffic and parking apps. 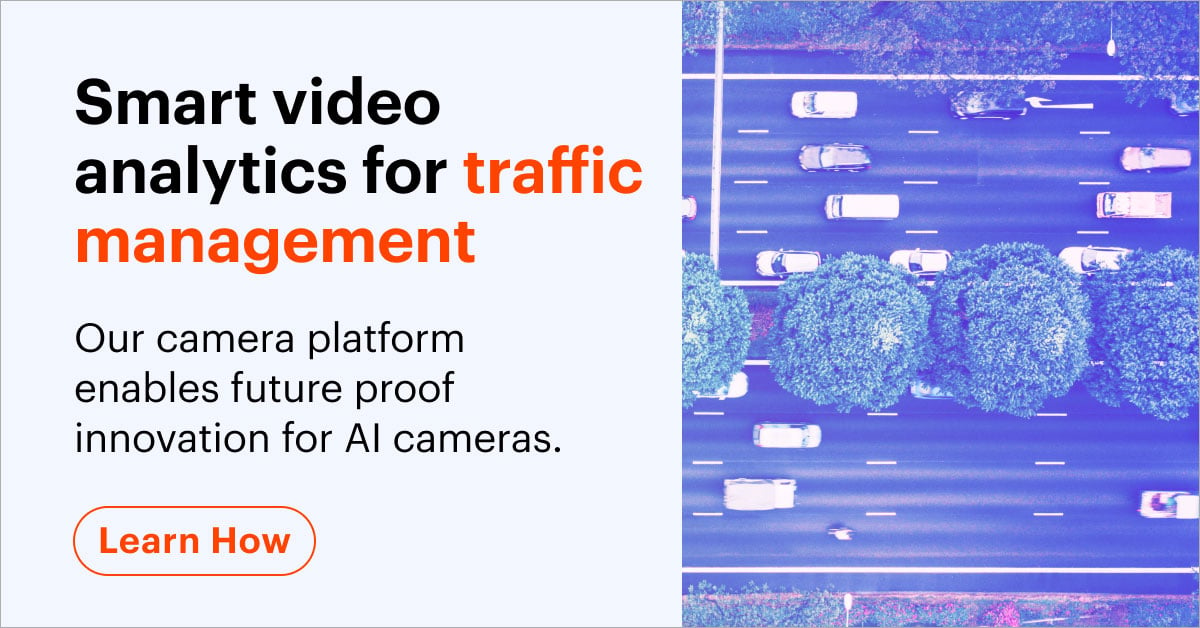 Here you see how video data is analyzed by software applications in real-time to distinguish regular behavior from abnormal behavior, in this case of a human fall. The camera can detect this and trigger appropriate action.

Objects that are easily overlooked by conventional human video surveillance hardly escape a camera system that is trained to recognize them. Even if objects are located in a dense crowd on a platform or in a building. Once trained, almost any security camera equipped with Deep Learning Vision is able to detect any object you can imagine.

Learn how Object Recognition will boost video surveillance in the next few years in our blog article.

In train stations or airports, unattended suitcases or bags are considered as potential threats. In many cases, however, abandoned objects are harmless, for example, a parcel that is dropped at the recipient's door. The challenge for video analysis in camera systems is to recognize and interpret whether an object is to be considered unattended and, if necessary, has to be reported.

Beyond security and safety, smart camera systems help reduce the resources needed for public surveillance. While in the past many people were involved in observing public spaces and buildings via monitors, today smart software does most of the analysis and interpretation of video data for you. AI-based video analysis installed directly on cameras detects suspicious behavior of people or suspicious objects even faster and more reliably than the human eye.

• Speeding up: Detect (critical) events in public spaces and trigger action in real-time.

There's a lot more to video-based surveillance of public spaces that meets the eye. Instead of focusing only on the risks to privacy when surveillance is misused, we should focus on the many valuable applications that can make our lives safer and more comfortable.

Smart technology can make a big contribution here. At Security and Safety Things we help make technology smarter and accessible to the people with our open platform for camera applications.

Get more updates about trends in IoT by subscribing to our newsletter and following us on social media.