Smoke detection is on the rise

The global Smoke Detector Market size is expected to reach $3,4 billion in 2027, from $1,8 billion in 2019, growing at a CAGR of 8.3% from 2020 to 2027. In many countries it is mandatory to install smoke detection systems in residential as well as commercial buildings.

According to studies, two conventional technologies, ionizing and photoelectric, will share the market. We at Security & Safety Things believe that these studies do the math without innovative video technology that will turn smoke detection upside down.

Smoke detectors have been around since the late 1890s. Francis Robbins Upton and Fernando Dibble invented the first automatic electric fire alarm in the U.S. George Andrew Darby patented the first heat and smoke detector in 1902 in England.

The first ionization smoke detectors introduced into the U.S. market in 1951 were extremely expensive and therefore their usage limited to commercial and industrial facilities.

In the early 1970s American entrepreneur Duane Pearsall achieved a breakthrough in the development of portable, affordable, battery-powered alarm systems, ushering in a new era of domestic fire protection. These devices have hardly changed until today.

Today there are mainly two types of smoke detectors in households and in professional use - ionizing and photoelectric.

• Ionizing smoke detectors use radioisotopes, such as americium-241, which ionize smoke particles in the air.

Both types of smoke detectors have flaws in terms of reliability and the amount of maintenance required to keep them working properly. Defects and poor maintenance can lead to false alarms or system failure. Moreover, conventional smoke detectors are difficult to mount in some spaces, such as Warehouses with high ceilings or outdoor areas where the technology reaches its limits.

Less sensitive and more flexible to install computer vision could be an ideal supplement or even replace conventional smoke detectors as we know it today. This is possible thanks to algorithms that can detect smoke and fire  indoors and outdoors. Surveillance cameras equipped with video analytics for the early detection of smoke could soon play an important role in fire prevention.

This App detects fire and smoke in various circumstances and helps guard all kinds of closed and open areas where it's hard to mount conventional smoke sensors. The AI implemented in the App tirelessly monitors the chosen scene and alerts to VMS in case of any sign of danger. The app detects smoke, fire, or both in one user interface as shown in the following figure. 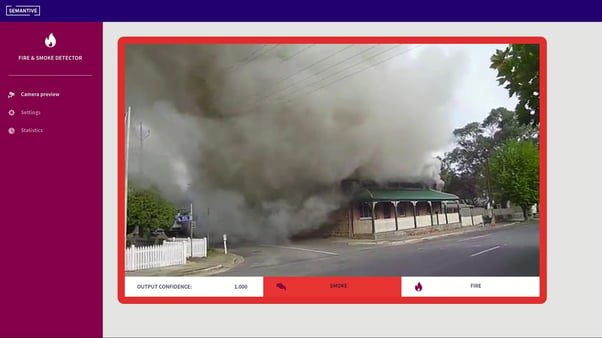 AI-Smoke is a video analytics plugin for the early detection and localization of smoke in indoor environments, as well as in urban forests and parks. The app is trained to distinguish for example smoke from fog, which is extremely difficult even for the human eye.

AxxonSoft's neural network was specifically trained in similar environments to distinguish smoke from clouds, fog, and dust. The detection distance ranges up to 50 km in clear weather.

Where smoke blocks computer vision, thermal imaging technology can help to find and fight fire spots in buildings, for example. Smart video analysis technology can also be used to identify people by their body temperature within smoke clouds. 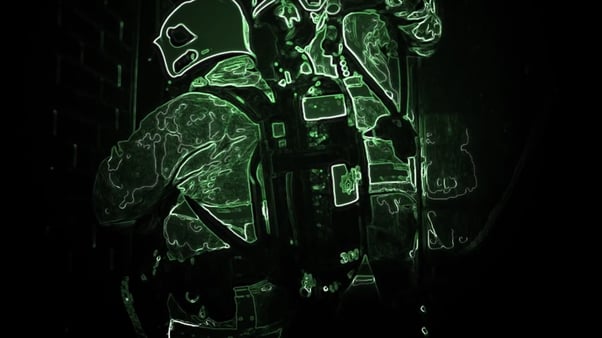 This is only a small selection of many smart software applications that already help detect fires early and automatically. We will continue to keep you up to date on new trends in our blog.

The examples above show that you can easily turn your surveillance camera systems into smoke detectors. The key to this is in highly functional apps enabling your devices not only to deliver video data, but also to analyze in real time.

We have built an application store and camera OS so that you can easily find specialized apps for smoke detection and quickly test and install them on your cameras. Alongside your other application use cases.

Get in touch and take your business to a new level!